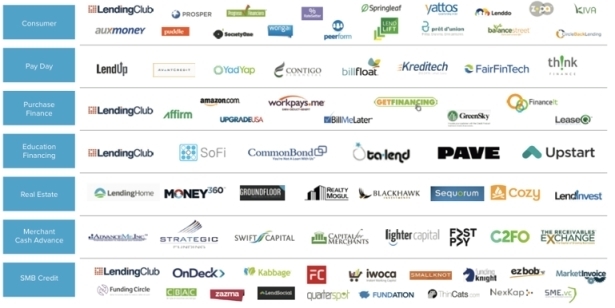 Peer-to-peer lending, sometimes abbreviated to P2P lending, is the practice of lending money between individuals. The act of lending from one individual to another has existed for many years, and often done through informal agreements.

With the advent of technology and the spread of e-commerce, this lending activity is brought to another level by leveraging the marketplace platform common in e-commerce. With that, one individual borrower can access funding from many individuals.

The lending takes place online on peer-to-peer lending companies’ websites using various different lending platforms and credit analysis tools. The borrower and the lenders do not meet physically and are often strangers.

Peer-to-peer lending does not fit cleanly into any of the 3 traditional types of financial institutions: banking term-deposit, investment or insurance, and is often described as alternative financial service.

Many peer-to-peer loans are unsecured personal loans, though some of the larger amounts are lent to businesses. There are also other forms of peer-to-peer lending which feature student loans, commercial and real estate loans, payday loans, factoring and leasing.

In a few of the platforms they also offer secured loans, often with luxury goods such as jewelry or property as collateral. However, these models are not prevalent due to scalability issues.

While the process vary for different platforms, it generally involves the following. A would-be borrower come to the website, register and fill up their application. The platform verifies the identity and analyzes his creditworthiness. If qualified, the borrower’s loan is posted to the lending marketplace and lenders can start funding his loan.

Some platforms may use different types of match-making and may skip the credit analysis altogether and rely on online reputation alone. Some depend on third-party providers to do the background check on their borrowers.

How The Transactions Happen in P2P Lending

In this model the Platform usually sets the interest rates for the loans, often based on the level of risk. The lenders then purchase parts of the loans that they like until the loan is fully sold. This model assumes that the Platform has better expertise and so helps lenders in judging the risk and reward of each loan. It also usually allows for quicker matching than the pure marketplace model.

With the fully managed funds model lenders give the Platform full authority to manage their funds, which are then managed as a pool of funds. The lender then decides which loans get funding and what interest rates and allocate the funds accordingly. This model does offer advantages in the form of even quicker loan funding and helps the users reinvest their idle funds.

The first company that offered peer-to-peer loans in the world was Zopa, founded in the UK in 2005. The US soon followed with the launch of Prosper in 2006, followed by LendingClub and others.

Many people turned to peer-to-peer lending in the West as a result of the financial crisis of in late 2000s. Banks were very reluctact to offer new loans and offered interest rates which were virtually 0% to savers. Because of this, borrowers had to look for alternative sources of loans and savers actively looked for higher yielding investments.

In China, peer-to-peer lending has existed as an offline practice for centuries. As e-commerce took off in the country, many P2P lenders sprung into existence and rapidly grew. China as a whole may eclipse the rest of the world in the value of loans originated in the P2P lending market.

According to Morgan Stanley, Peer-to-peer lending is in a period of high growth. It reached USD 25 billion in 2014, and may reach USD 290 billion by 2020. With new countries joining the trend of innovative finance and the product becoming more mainstream, the forecast may prove accurate.

While there are still reservations about the product in general, in the US the product is gaining acceptance. Institutions have already started to enter the space to invest in whole loans and are starting to represent a large chunk of the loan originations.

The concept of charging interest rates is as old as the history of banks, and is now a common concept. Banks earn their income from the interest rate spread they get from their borrowers and their savers. Banks essentially borrow money from savers to lend to borrowers.

Savers earn interest for the money they keep in the bank. However, because of the effect of inflation, savers usually lose money because the interest rates are often too low. Thus savers often have to invest their funds in assets that are higher yielding.

A common concept, higher perceived risk usually requires a higher return. While it is not always the case, this is usually the norm. While saving deposits and government bonds are one of the safest assets, they also offer the lowest potential returns.

Peer-to-peer lending would fall in between risk/reward level of deposit / bonds and stocks. It offers higher interest rates than deposits but with less volatility than stocks.

With reinvesting your monthly interest, you let your interest to generate its own interest earning you a higher interest in the whole year.

As in any investment, an investor should not put all his eggs in one basket. Spread your funds into various allotments of loans with different risks, interest rates, lengths, industries and other differentiating features. If you do this and spread your loans across more than 100 loans, if a loan defaults it will only have a small impact to your portfolio value.

Default is a common in lending activities, you should bear in mind there is a possibility that some or all of your borrowers default on the funds you lent them. When lending through p2p lending platform, you should only lend an amount which you could afford to lose in that loan.

Hello! I am Aila from Finland. I don't know how I should get a small loan here. Please, be kind and tell me!
par pitkis 3 réponses.